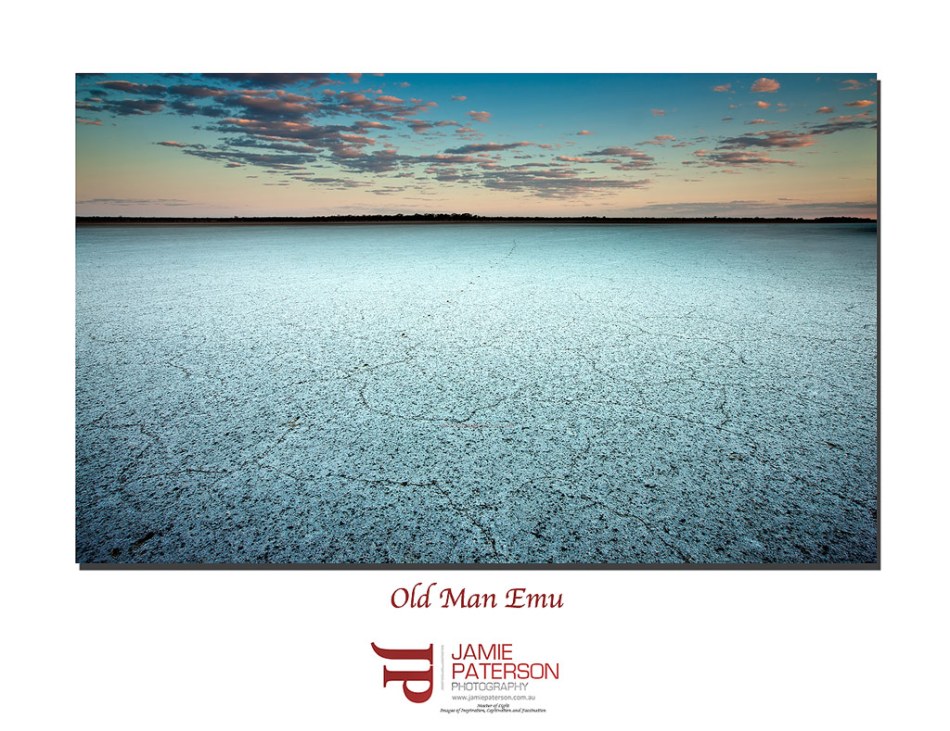 After an impromptu decision to go away last weekend I headed out to an old gold mine and town called Mt Palmer.  It was such an awesome trip.   It took five hours to get to from Perth as its just out of Southern Cross.  This photo is of the lake right next to the gold mine and you can see Emu tracks in the middle leading off into the distance.

Mt Palmer was named after Augustus Palmer who found gold there.   Mt Palmer was an extremely rich strike as it produced 68g of gold per ton whereas the super pit produces between 3g to 5g of gold per ton.   People were extremely excited and started to peg the area as quickly as they could.  Unfortunately for Augustus Palmer he forgot to actually peg a claim and never made a cent from the find!

The mine only lasted 10yrs as the gold eventually ran out and because the Second World War was on, the mines struggled to get labour.   The mine produced in todays terms $93 million dollars worth of gold in that short time.  Pretty impressive.   Apparently there was actually a lot more gold removed from the area but because it was stolen it was never recorded.  Interestingly, a number of small ‘shows’ shutdown the moment the main mine shutdown.

This gold mine supported both underground mining and alluvial gold mining.

We camped right next to the old Mt Palmer hotel (photos of that to come) and the stars were absolutely sensational and I miss seeing them in the city.  Now I’m not usually one for camping but I came up with a new solution to the thing I hate the most about camping

After I setup this contraption I was really comfortable camping and I most certainly could’ve stayed out there a few more days.  It was also great spending time out there with my Dad and a great friend as well.  We are now planning the next trip away.

Also finally my car wasn’t the one needed to be recovered.  I had to use my car to recover my Dad and I’ve got the evidence right here.  You can see Dad and my friend digging the mud out from underneath the front tyres of his car.  Range Rover wins this time round!